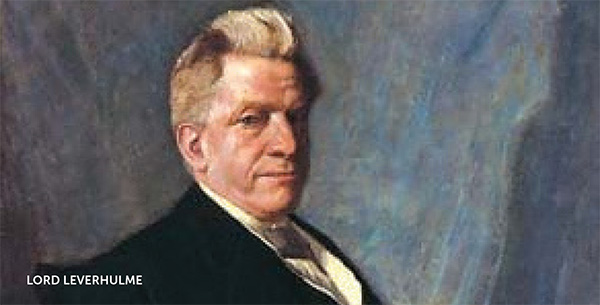 “I KNOW HALF OF MY ADVERTISING BUDGET IS WASTED - I just don’t know which half.”

That quote has been attributed to Lord Leverhulme, Henry Ford and John Wanamaker, among others. In fact it’s so well known, it’s become a cliché.

In this digital age, measurability is no longer an issue, so there’s little excuse for wasting budget through poor media placement. Now, more than ever, the success of any campaign falls into the domain of the creative department.

After all, as the wonderful but now defunct Sydney creative agency, Campaign Palace used to say, "Nobody buys anything when they’re asleep."

It’s the creative agency’s job to relay the campaign proposition to the target audience in a way that is at once intrusive, entertaining and memorable.

A job that is seldom more important than when answering a complex financial services brief. Much like the one we recently received from Standard Life, in fact.

Having not done any advertising for over 10 years, they booked a campaign through Mediacom in the Sunday Telegraph. Then asked 60 Watt to create a mixture of conventional newspaper ads, plus digital assets including a microsite, banners, video and branded emails. Communicating a complicated series of financial messages about topics relating to various stages of family life.

We responded by taking a leaf out of Harry Beck’s book. (Mr Beck being the father of the commercial infographic, the man responsible for simplifying the sprawling London underground network into a clear, comprehensible chart – the iconic Tube map.)

Breaking the brief component parts into simple, bite size pictorial chunks, we created what we believe to be the first infographic ad campaign. First of all, as four full page broadsheet infographics. Then adapting these into smaller space sizes, banners, MPUs and email templates.

The campaign ran and the public responded enthusiastically. We’ll let the results, tabled below, speak for themselves.

Campaign generated 40,260 visits to the microsite.

Uplift in awareness of Standard Life after the campaign:

“Standard Life collaborated with 60 Watt on the Telegraph campaign, to produce highly creative online and print adverts and infographics, helping to raise brand awareness and drive customer engagement for Standard Life. 60 Watt’s approach was very much results driven and they delivered innovative solutions with passion, making them a real pleasure to work with.”